Had a reply from Nick and another guy !! super helpful but can't get a reply out as I don't quite understand the forum yet!
My other query is that if I buy the 2 new ram modules from Crucial or my memory I can buy ones that are 2400 or 2666 or 3200! I presume this is a speed rating but I am in sure
a/ if they are compatible above the 2400 you recommended
B/ does it make much difference ( have no clue what it does)
See spec below;
I can get it in all 3 versions :

Thank you for your valued help
Top 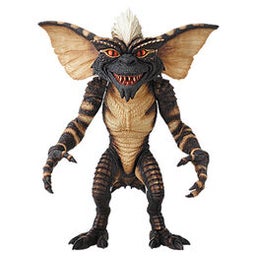 Normally, a unit can use higher clock speed modules than what it shows it supports, and it would just kick the speed down to the top supported. IOW, if the top speed supported by a unit was 2400MHz, and 3200MHz modules were used, they'd still work just fine, but running at a top speed of 2400MHz rather than the 3200MHz they're capable of. Again, this is normally the case, and it probably is with this, though I can't say with 100% certainty.

Hopefully the admin will be able to tell you for sure, as well as what speed the unit supports.

For reference, when you're signed in, you should be able to reply to the thread, including your original one. You'd click on "Post Reply", under the last reply on the lower left. Like here in your original topic... 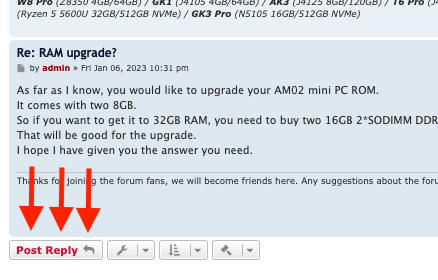