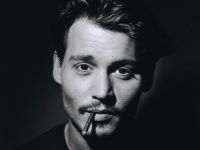 2021 has been another tough year for technology. Manufacturing issues and shipping woes combined with surging demand to made for major shortages, especially in the GPU space. If you were shopping for a graphics card or a new gaming console, this is a particularly depressing time. Even Raspberry Pi, which managed record sales throughout most of the last two years, eventually suffered from some shortage issues and had to raise prices slightly on one popular model.

Fortunately, the lack of finished components didn’t stop manufacturers from innovating and creating a wave of impressive products. From Intel’s Alder Lake processors — the first major x86 chips with a mix of performance and efficiency cores — to Kingston’s record-breaking KC3000 SSD and Dell’s eye-popping Ultrasharp webcam, these are the best PC hardware and tech products of 2021.

The Alder Lake processors provide a much-needed win for Intel as it looks to regain the performance crown from AMD’s Ryzen chips. The new 12th Generation Core “Alder Lake” processors feature the “Intel 7” process, Intel’s first new node for desktop PCs in six years, and also bring a hybrid x86 architecture to the desktop PC for the first time.

This innovative design features a mixture of Performance cores (P-cores) for latency-sensitive work and Efficiency cores (E-cores) for background and heavily-threaded applications, fueling a big leap in performance. Each new core type also comes with its own vastly improved microarchitecture, while industry-leading connectivity options like PCIe 5.0 and DDR5 round out the platform. Overall, the sum of the parts delivers class-leading performance in gaming, single- and multi-threaded work, giving Intel a nearly clean sweep.

The Alder Lake-powered Core i5-12600K tops our list of best CPUs for gaming, thanks to its great combination of value and impressive frame rates. If your budget allows, the Core i9-12900K is the chip to get for playing in 4K.

Perhaps Intel’s bare-knuckle approach to pricing is the biggest win, though, as all of its Alder Lake processors outperform higher-priced AMD chips. Some of that pricing advantage is lost on higher motherboard costs due to shortages and the lack of lesser B- and H-series boards, but those issues should wane as availability improves and more affordable chipsets come to market. Intel’s non-K models and lower-tier motherboards arrive early next year, leaving the company well-positioned as a price war with AMD unfolds, which is ultimately a win for everyone.

Best SSD - Kingston KC3000
PCIe Gen4 SSDs aren't new this year, but there's no question that they've been proliferating, with some models even pushing down into mainstream price points. The Kingston KC3000 starts at around $180, and thanks to its Phison PS5018-E18 controller, offers some of the fastest results we've ever measured. In our tests, it frequently outpaced the popular Samsung 980 Pro and WD_Black SN850, both also considered among the best SSDs.

Unlike cheaper SSDs, the KC3000 sticks with TLC NAND, Micron's 176-layer chips in this case. There are 32 chips in total, each working at up to 1600 MTps. In real-world testing, we saw copy speeds of 1.77 GBps and read speeds of over 4 GBps, while synthetic results were close to 7 GBps. That's very close to the limits of the x4 Gen4 interface, so the only way we'll get appreciably faster transfer rates in the future is when the x4 Gen5 SSDs start shipping next year.
Thanks for joining the forum fans, we will become friends here. Any suggestions about the forum I am open to hearing.
Top
Post Reply
1 post • Page 1 of 1